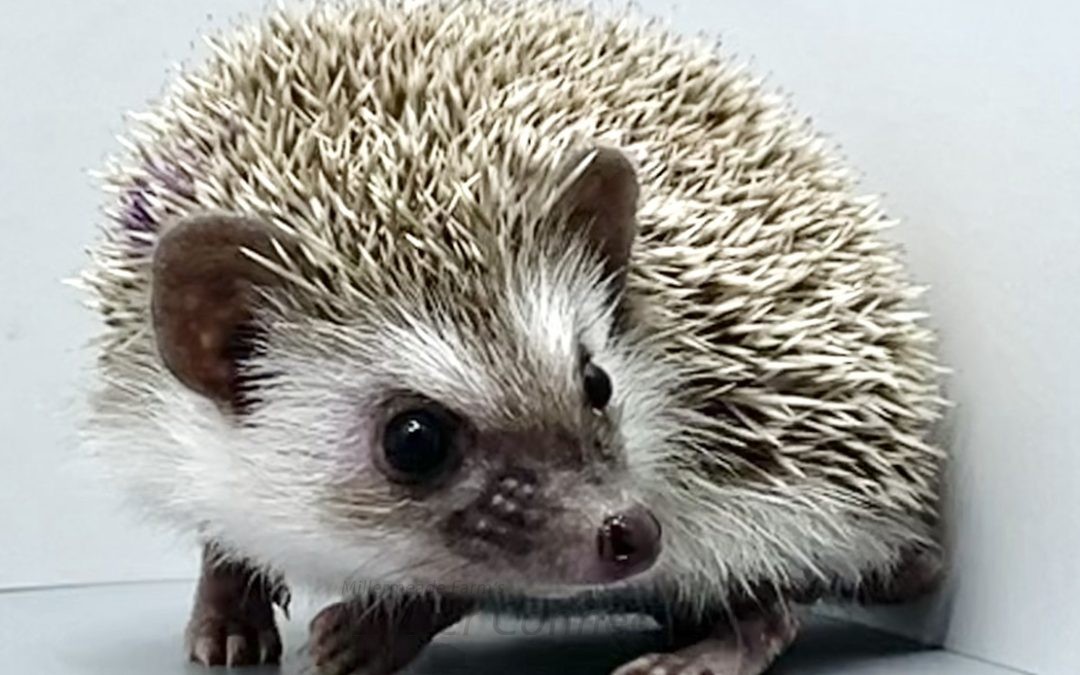 Normal Behavior Hedgehogs are quite active in the wild and frequently run in circles. Therefore, running laps inside the cage can be a great form of exercise. Hedgehogs can run in circles or even in a figure-eight pattern. Breeders report seeing athletic hedgehog moms... Read More 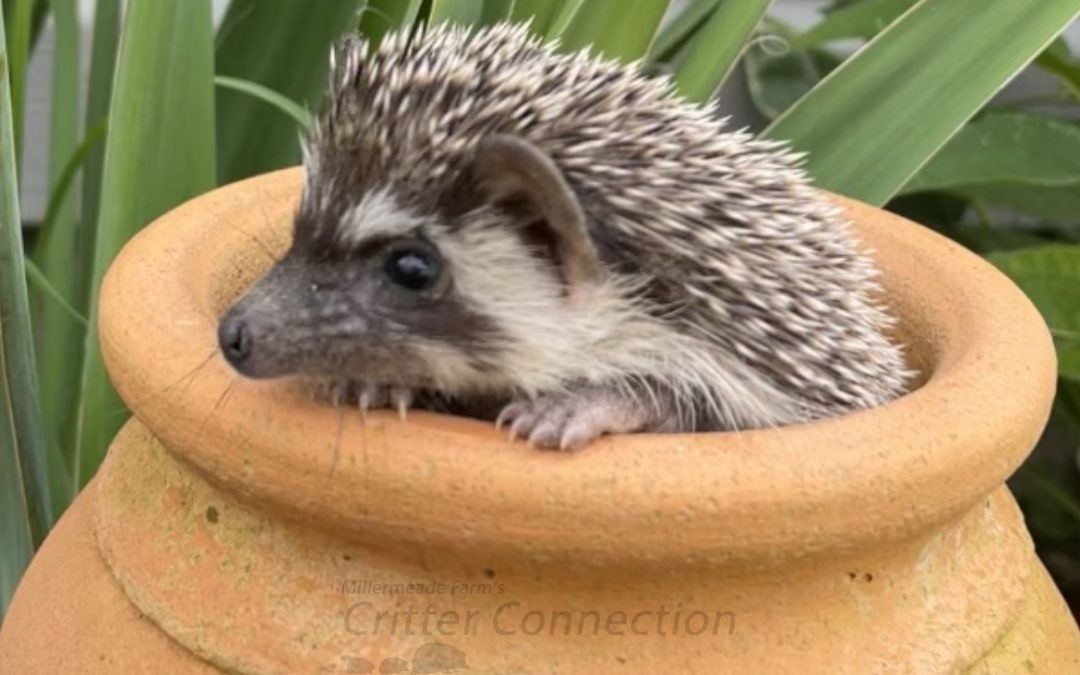 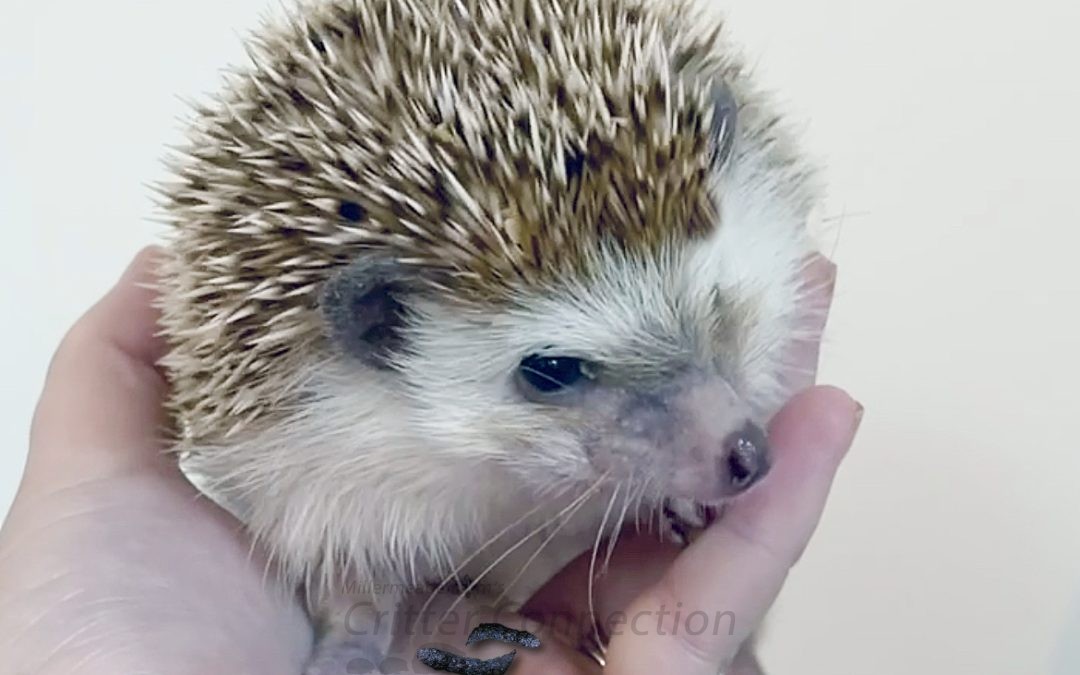 VIDEO.:  Tip to avoid being pooped on 😉 Baby Hedgehogs Young hedgehogs are especially prone to releasing their bowels on their handlers. When you first get your hedgehog, expect to get pooped on! Hedgehog babies typically get better as they get older. Wake-Up Ritual... Read More 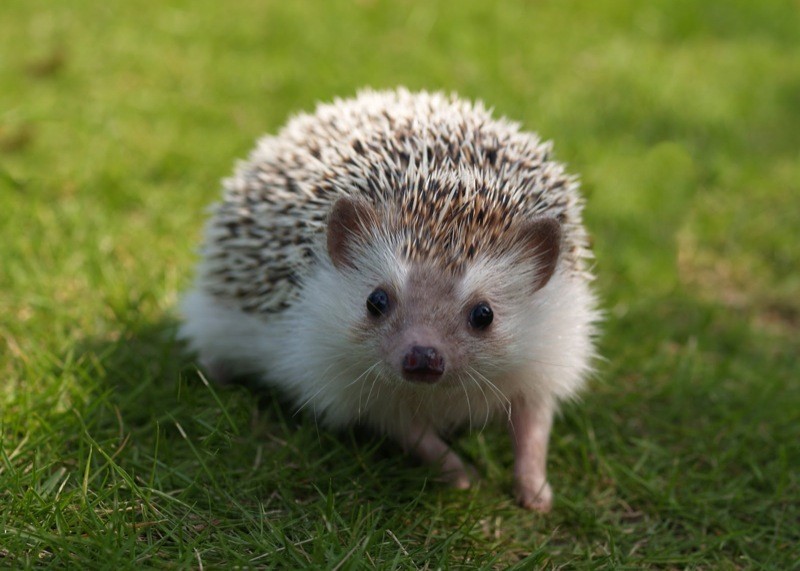 Instinctual Habit In the wild, hedgehogs dig dens in the ground, both for protection from predators and as shelter from the elements. Hedgehogs have powerful forefeet and claws designed specifically for digging. While digging habits vary between species, the... Read More 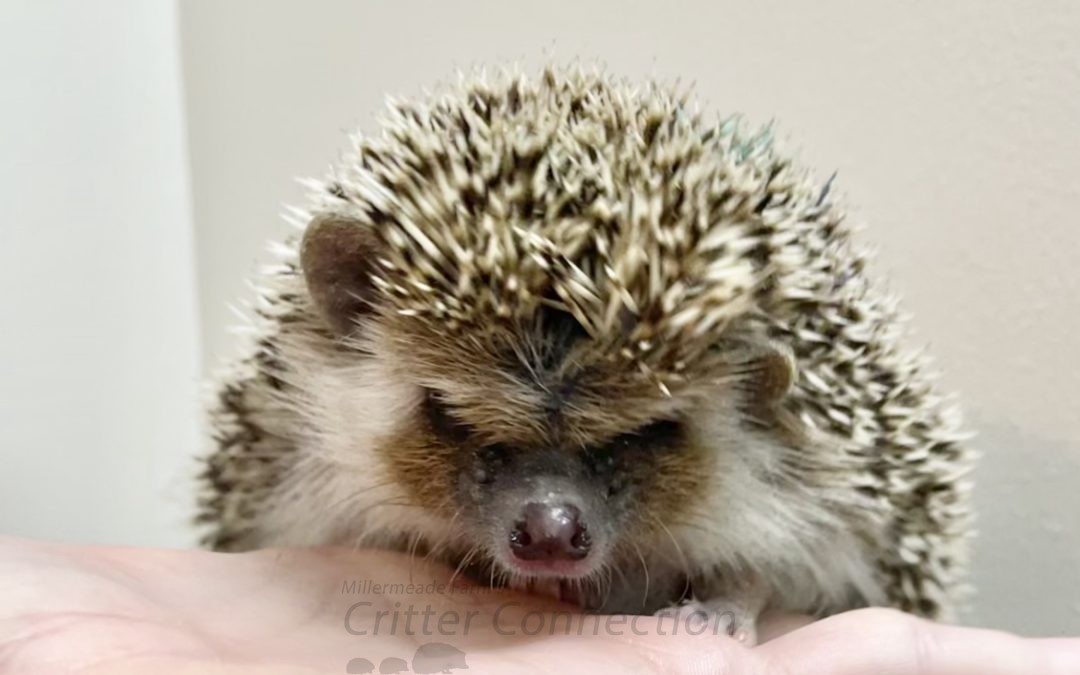 Aggression Hedgehogs are not naturally offensive or aggressive to either perceived or real dangers. Instead, they are instinctively defensive, because their primary concern in life is survival! Hedgehogs are shy and can easily feel threatened when confronted with... Read More 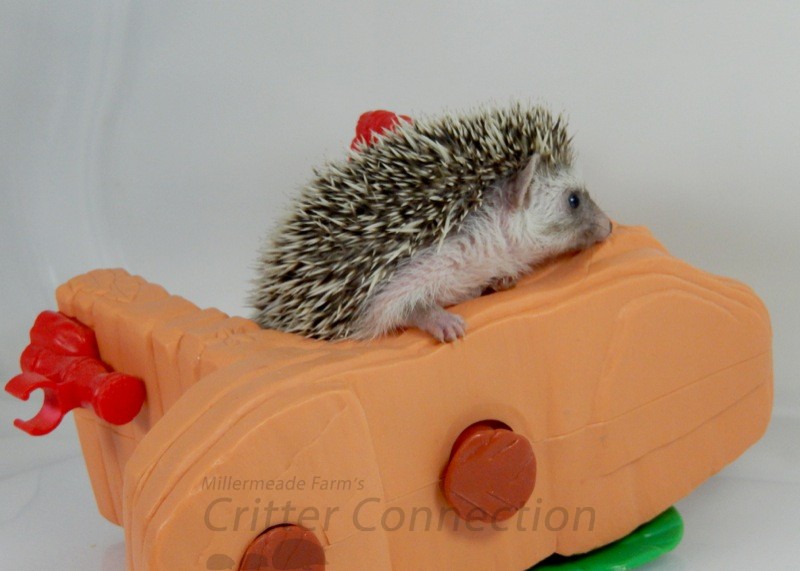 Climbing Hedgehogs will attempt to climb and are often quite adept at climbing. However, once they are up, they cannot easily climb down. Their body mass is not proportioned for climbing. For example, squirrels, monkeys, and other animals that climb tend to have long,... Read More 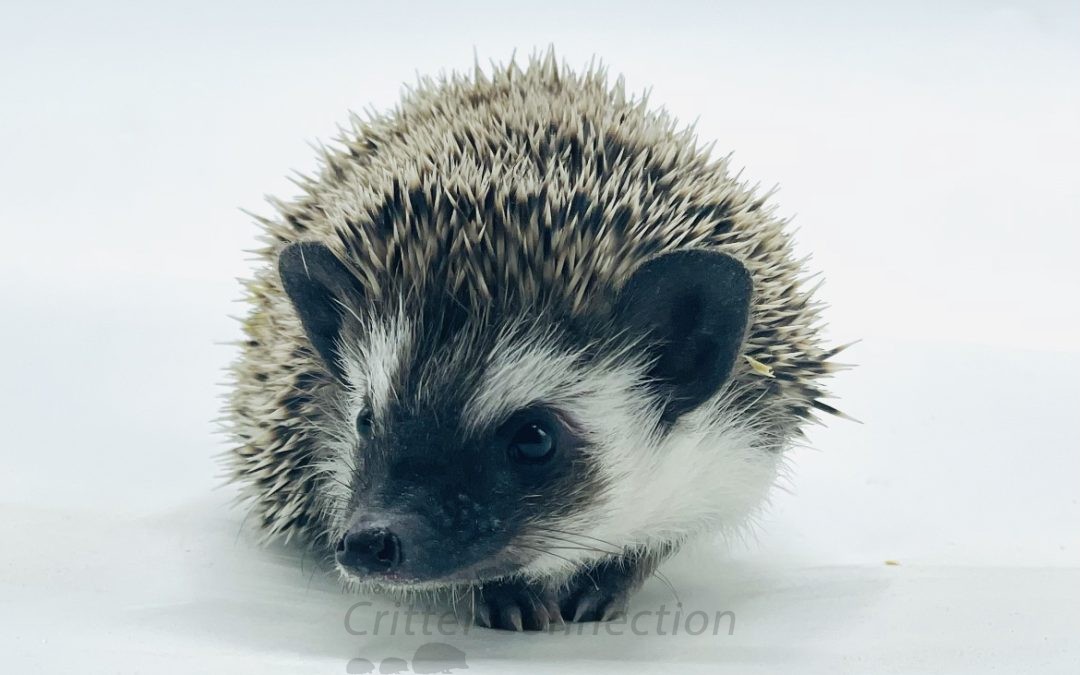 Naturally Clean Some hedgehogs are naturally clean and tidy. They use their litter pans faithfully and leave their cages pretty much as their owners arrange them. Other hedgehogs are slobs! They will try to defy every attempt at cleanliness and make complete messes of... Read More 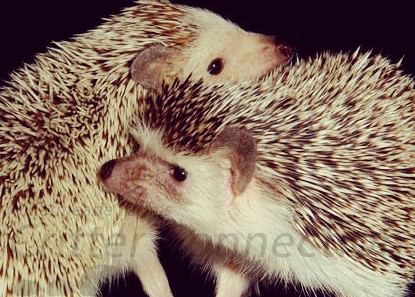 Hedgehogs Biting Each Other If you have more than one hedgehog and when they are together you notice them biting each other’s quills, this may be a precursor to anointing or a fight. Often, hedgehogs will chew on each other’s quills and then anoint with the smell of... Read More 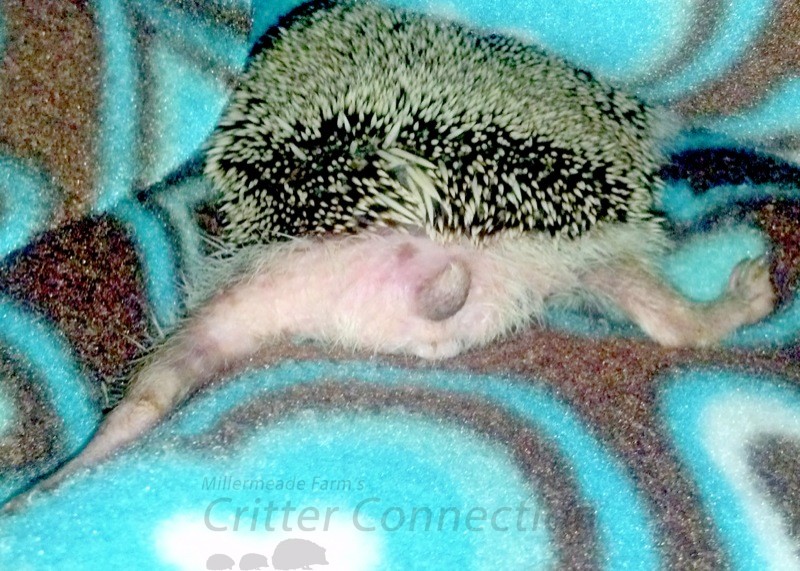 My Hedgehog Hates Me!

by Millermeade Farms | May 25, 2013 | Behavior & Personality, Handling, Steps To Handling

Perceived Signs Your Hedgehog Hates You Snuffles and raises its quills when picked up Is grumpy Runs and hides when lights turn on Runs away when owner tries to hold it Hates to be touched Is startled at every little sound or movement Wrong!  Your Hedgehog Does NOT... Read More 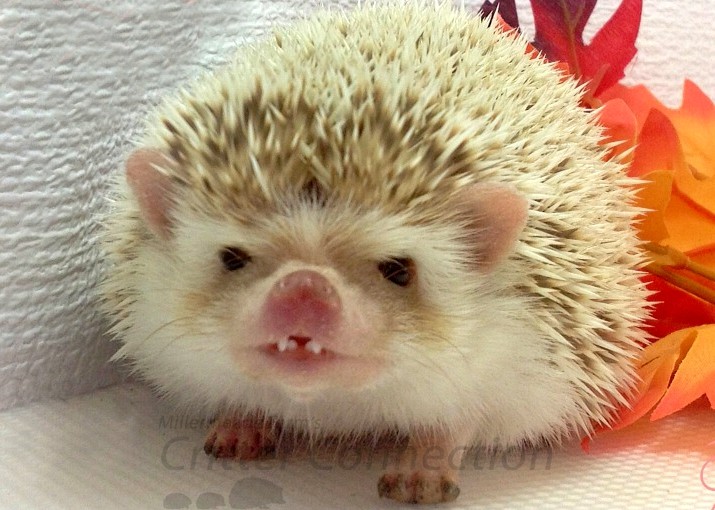 Introduction Most hedgehogs do not bite. But, any animal with teeth has the potential to bite, so hedgehog owners must understand the possibility of getting bitten is always present. Hedgehogs aren’t like dogs, whose bites are usually intentionally mean or aggressive.... Read More
Page 10 of 20« First«...89101112...20...»Last »